Very shortly, we will announce a live community engagement session on the First Nations Election Act in order to gather your feedback and answer questions.

More About the Transition

Tsartlip transitions to a more robust electoral process this winter.

April 2021, with upcoming community engagement, the Chief and Council passed a resolution to replace The Indian Act electoral system with The First Nations Election Act (FNEA).

The FNEA is an act and regulations that were initiated by the Atlantic Policy Congress of First Nations Chiefs and the Assembly of Manitoba Chiefs with First Nations to make improvements to First Nations election processes.

Developed over four years of collaboration with First Nations organizations, the Minister of Aboriginal Affairs and Northern Development and with the support of the Government of Canada, the FNEA came into effect in 2015. Transitioning from the Indian Act to the FNEA is voluntary and Tsartlip leadership was under no obligation to make the change.

However, leadership reviewed the FNEA and came to the agreement that it would support a stronger, more stable and more effective government and electoral process. The change from The Indian Act to FNEA will come into effect for Tsartlip members in time for the winter election (scheduled for Sunday, December 5th). 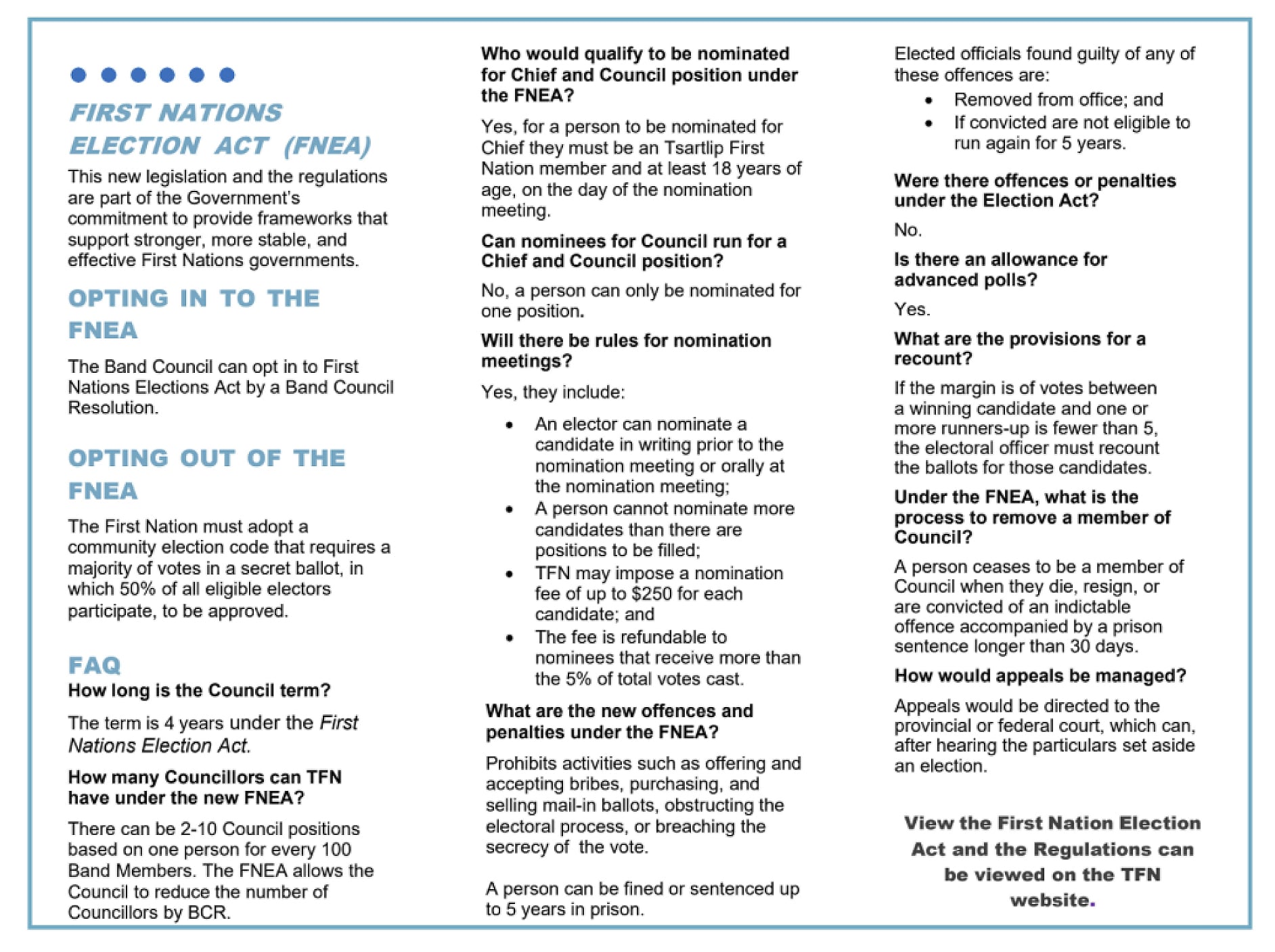 The Indian Act electoral system is outdated and in many cases, lacks provisions for common situations within electoral processes. The new system under the FNEA provides improvements in a few important areas: nominations, voting, election results and anti-corruption measures.

Here, we’ve highlighted a few of the key changes and how they will improve the electoral process and strengthen leadership to better serve the membership, this winter.

In addition to the above benefits, Tsartlip Chief and Council believe the FNEA act improves Tsartlip self-determination and reduces the input and influence of the Minister of Aboriginal Affairs on election proceedings and outcomes.

If you have any questions or comments, feel free to reach out to Tsartlip’s Administrator, Victor Rumbolt at admin@tsartlip.com.

Stay up to date on this story and others. Sign up for our newsletter below.